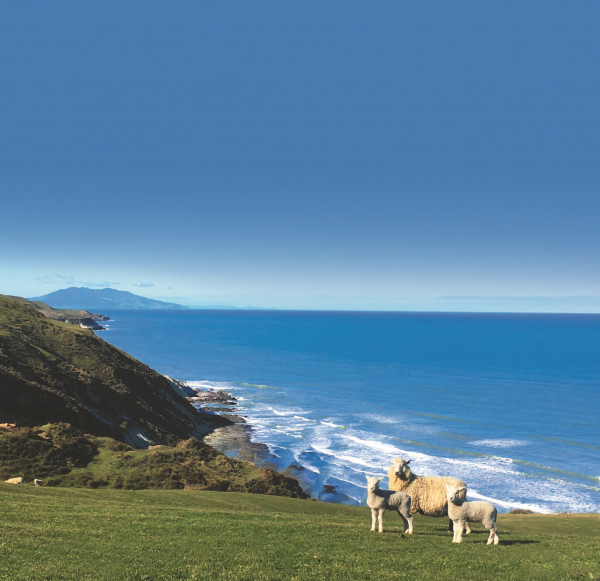 “Salt Pasture Lamb” is a specialty Lamb raised ONLY in Coastal Pastures and Coastal Marshlands where the sea-air and marshlands flavor the grasses NOT lambs raised inland pastures or feedlots.

This "Salt Pasture" designation applies ONLY to the lambs are raised exclusively in the coastal pastures and coastal marshlands around the world.

The three main and notable Salt Pasture Regions are

The high salt levels and mineral rich content of these plants and grasses also make the muscle cells in the flesh retain more moisture and so the meat is juicier and ‘melt-in-the-mouth’ tender with much less fat. The added benefit of the sea-washed pastures or marshes is that the salty water kills a large number of bacteria that can be harmful to sheep. So the need to treat the animals with chemicals is considerably reduced.

WALES: Gower Coastal Marsh Lamb gains its unique characteristics from specific vegetation and environment of the salt marshes on the Welsh coastline. The lambs are assigned with GI (Geographical Indication) and sold regionally during the summer.

NEW ZEALAND: On the North Island of New Zealand there are currently 17 family Coastal Farms that produce multi-award-winning “Coastal Lamb” ® Brand. Visit online Coast Lamb Family Farms of New Zealand to see they all exclusively reside on the coast. “Coastal Lamb”® is exported to over twelve countries around the world, including the USA, on a year round basis.